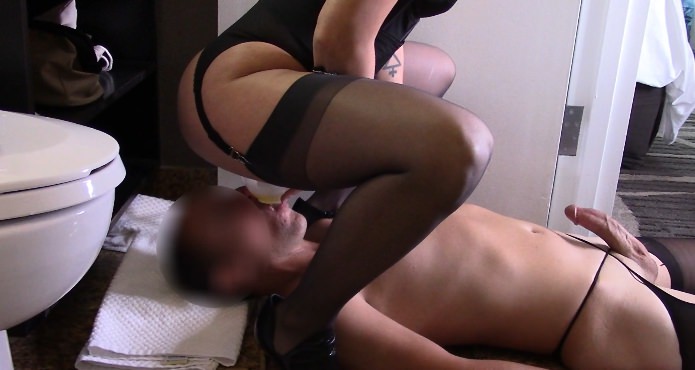 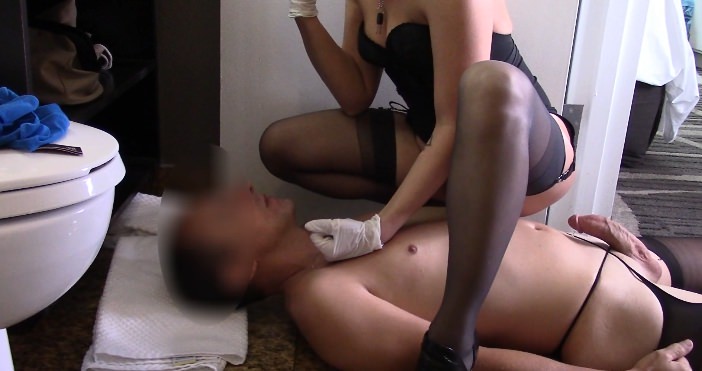 We met in a hotel lobby, 15 minutes later, he was a toilet. I knew almost immediately that I wanted him to be my toilet. I took him upstairs to my room, stripped him naked and told him to lay on the cold tile of the bathroom floor. (The scene) He was very afraid, but also obviously aroused. At first, the toilet tried to reason. He wanted to get out of it, but once I had him in my room I knew that I could get him to do it. (If you’d like to avoid becoming a victim, never allow yourself to be taken to a secondary location.) He was talking too much at first, but I made him hold his mouth open and took a shit right into it. Toilets don’t need their mouths for talking. It was sort of naively endearing the way it was blabbering. I think it was trying to appeal to Me with its humanness. But the minute I spotted this toilet, I knew it was the compliant sort. It was so submissive and open to suggestion. Low hanging fruit. Almost too easy. It swallowed this relatively small movement without much struggle. I made sure every bit of it went down. The compliant toilet did its very best to impress. Regardless, I give him some direction. I think this toilet actually liked eating my shit, and therefore I will not use toilet training as a form of slave training with this one. I will instead use my shit as a REWARD. I tell it this and it responds by asking for MORE shit. It thinks it will struggle better for Me if I give it more. Remember that. You saw the part where it asked for MORE shit, right? Right! Hmmm ….. let’s find out how much is too much. (To be continued.) (10:44 long)